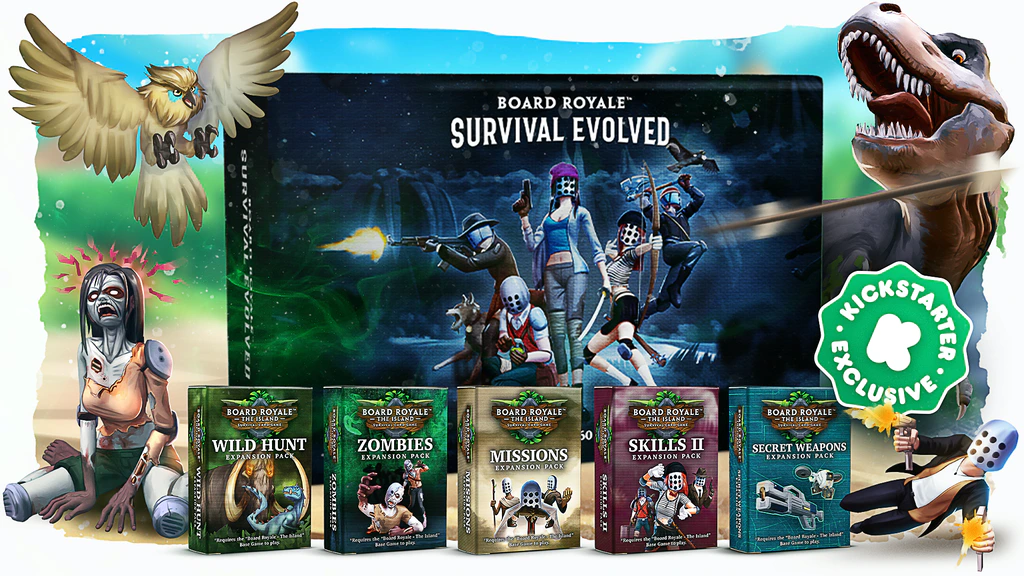 Interview led by WereDINO on The Social Deduction Network Discord

Note: This is not a word for word transcript of the interview, some grammatical mistakes and other things of that nature were altered. For the full unaltered transcript, go find this interview listed under the interviews tab in The Social Deduction Network discord.

Dino: Pretty excited to have Atakan Cankorur of Arvis Games here during their “Board Royale” Expansions campaign! The Social Deduction Network welcomes you. The expansions to your game this time around add zombies and dinosaurs to the island where players work to survive. Are zombie dinosaurs an inevitability at this point? And would zombie dinosaurs eat the brains of humans or would they go for the brains of uninfected dinosaurs?


Atakan: Are zombie dinosaurs an inevitability at this point? - Unfortunately they are already here!


Dino: Ah... So that's what Area 51 is all about. Those mosquitoes were carrying some messed up DNA...


Atakan: Hmmm, I am not allowed to talk about that...


Atakan: UPS hangs up the discord and starts running to the nearest airdrop!


Dino: ...Guess I'll toss out my Illuminati questions… Before we continue, could you explain the base game of Board Royale for people who might not be familiar with the game?


Atakan: In the Board Royale base game, you and your friends are stranded on an island and the last one standing wins the game. Every round you gather resources and craft items. You use these items to basically murder your friends and be the last survivor. Every kind of trade, negotiation, and deal are allowed in the game, so your survival does not only depend on your gun skills, but also your social skills. As you can see this version is super competitive and a possible friendship breaker version of our game.


Dino: Murder breaks up friendships? Ridiculous… Not too long ago, though it seems like forever ago now, the original Board Royale Kickstarter campaign was launched, which included a base game and several expansions. Now you have launched several new expansions. Generally speaking, could you tell us how these new expansions change the game?


Atakan: The original version and expansions were truly amazing and we have received incredible feedback from the community. But there were overwhelming requests to have more peaceful versions of Board Royale so that people could play it with not so cut-throat competitive friends. So we have designed new Collaborative Expansions where you fight side by side with your friends and Peaceful Competitive Expansions where you still fight against your friends but there is no more elimination!


Dino: Nice! So now it appeals to a bigger crowd. Ruthless and Co-op. Since players have to keep one another alive in many of these new expansions, do you think that will allow more backers to support your game? You know, now that other backers are not killing each other, it’s good for your numbers, right?


Atakan: We are almost certain that people will be more willing to back a project when they are, you know… Alive…


Dino: You make a good point. Though I am sure some of the deceased are fans of yours, too. Which of the new expansions is your personal favorite?


Atakan: Personally as a competitive gamer Missions, Zombies and Wild Hunt. Skills 2 adds so much flavour that excites me and those secret weapons are truly OMG.


Dino: So you have lots of favorites. You didn't mention the Missions Expansion, which I'm really excited about. It seems to have elements of Social Deduction in it, which we love here at the Social Deduction Network. Could you tell us a little bit about how this expansion works?


Atakan: The Missions Expansion is absolutely incredible. In this expansion you find secret missions around the island and try to accomplish that throughout the game. There is no elimination... In fact, getting eliminated may be a part of your mission. With this expansion there is so much bluffing and social interaction in play, we can't have enough of it! The player that collects 10 victory points by accomplishing missions wins the game! We should have a tabletop simulator testing of our Missions Expansion with the Social Deduction Network! I'm sure you guys will have great inputs!


Dino: Sweet! Yes! We are Social Deduction experts over here! Or are we...?


Atakan: We will see on our testing


Dino: Side question: The people in this game wear metallic helmets over their faces with nine large, round holes in the front. Who came up with this idea and why do the characters look like this?


Atakan: We wanted to put a distinctive attribute to our characters. The simple helmet design was all they could come up with in the island conditions!


Dino: Ah. I must say, I am surprised people did not turn to them during the pandemic. I'm sure everyone would love to wear such a thing. They look awfully comfortable. There may have been some sarcasm in that last comment...


Atakan: It's better than the masks we are wearing right now for sure!


Dino: It's definitely distinct, though. Makes them identifiable as characters for your game. How come we can see the zombie’s faces? Weren’t they wearing the helmets when they were turned into zombies? And wouldn’t the zombies starve on this island if everyone covers their cranium with a thick metallic helmet?


Atakan: Most of the Zombies are the KRAKEN Industry employees and they don't wear helmets like the survivors of the island. But yeah, some zombies will have trouble getting their fresh meat because of the helmet but the urge is so strong it makes them break their helmets!


Dino: Oh, thank goodness. I was worried for them. Skills II looks like a pretty fun expansion! We have already added two new classes to this expansion via stretch goals: The Mad Scientist and the Cook. Do you have more classes you are hoping we unlock down the line? A Private Eye? A Fortune Teller, perhaps?


Atakan: Oh yeah! The next skills class will come with a new story that you should definitely keep an eye on! It's for another realm!


Atakan: Yes, we are on the way together!


Dino: I sleeve all my games, but I never sleeved Board Royale because it came in such a cool tin lunch pail box, and the cards would not have fit in that thing if I’d have sleeved them. What do you suggest for someone like me who wants all the cards, all the expansions, all the everything, but also wants to sleeve all the cards? What is the best solution?


Atakan: For you, we have designed the Survival Crate which is a giant box that can hold all our previous and current expansions sleeved.


Atakan: You can upgrade your box to the Survival Crate from the add-ons.


Dino: Wanted to give you a chance to plug that thing because I am VERY excited about it. Are you anticipating making more expansions to Board Royale? You know, down the line?


Atakan: We don't know if we would make another Kickstarter campaign for the Board Royale - "The Island" but we can always bring out new expansions because this is such a sandbox game. It would be a shame if we wouldn't bring it to the world if we come up with a good idea. And I can say that we are coming with great ideas already!


Dino: I personally hope you stick with Kickstarter. It looks like you are having some great success with it. I’m sure that backers are always making suggestions to you about the game. How do you deal with all that chatter? Do you sit alone in a quiet room, rubbing your temples in frustration, asking the ceiling why those annoying people don’t just leave you alone?


Atakan: Honestly, you would think it would get tiring at some point but we can say we are getting some incredibly valuable inputs. We are extremely grateful for them. We internally discuss every feedback, suggestions, ideas as we believe this is gonna help us bring products that are truly great.


Dino: Yes. Last time you added an actual board since backers were advocating for a game called Board Royale should come with a board. And it's a nice board! I understand that if people get their ideas into the game, they receive credit with the phrase “Crafted by [person’s name] on the card. Is that right?


Atakan: Yes! We have a cards suggestion document which we share with our backers so that they can submit their card ideas. We want these ideas to continue to pour in and crediting people on the actual cards is our way of showing our appreciation!


Dino: Seems like a terrible thing to miss out on… Anyway… Ahem. So the Secret’s Expansion is a Kickstarter exclusive that will never be reproduced after this campaign, much like the Founder’s Expansion from last time, right?


Atakan: Yes, correct it will not be reproduced again like Founder's.


Dino: Initiating the Fear of Missing Out Activator! What does this Expansion add to the game? Is the Weapon’s Expansion a secret? Are the weapons secret, like no one knows they exist? Or are the weapons secret in that they are concealed within a quote or something? Or like something that looks like a pen but is really a gun in disguise. You could use such a pen to make bullet points! Anyway… The title needs to be clarified is all I’m saying…


Atakan: They are the Secret Weapons because they were not supposed to be in "The Island". They are more technological and experimental weapons that bring new mechanics to the island. And most importantly it's the only stand alone expansion which can be played without base game items.


Dino: Oh! Now that IS interesting! So it is a standalone expansion that can be paired up with the base game if you chose to do so. Sweet! Back this game, people!


Atakan: Wow thank you so much Dino! It's really amazing to have you on the island.


Dino: Well, that’s our interview! Thank you so much to Atakan Cankorur of Arvis Games for being here! The Board Royale expansion campaign is live now on Kickstarter!


Atakan: It's a pleasure to be here and thanks for the interview! 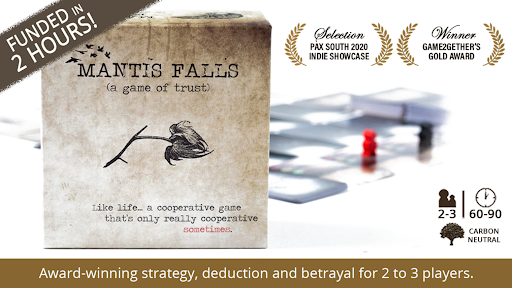 "We were going for heavy noir vibes for sure, but probably also a little bit of a mix of different noir sub-genres." - Juli Bierwirth (Distant Rabbit Games) 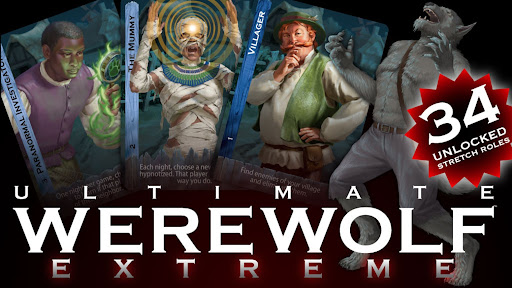 "We have more Werewolf ideas in house than anything else. But we want to make sure you have time to enjoy and connect with each game, as opposed to running out and purchasing another game or expansion each month." - Matt Ryan (Bezier Games) 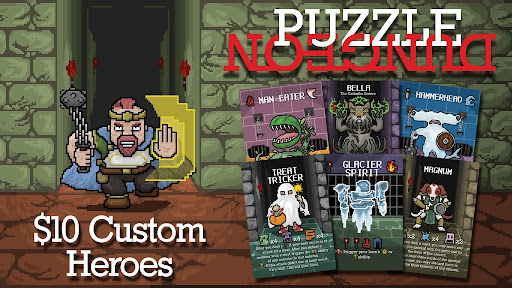 "Puzzle Dungeon has a variety of hero types, from the typical fantasy tropes  of warrior and priest to cowboys, lawyers, tornado children, and more because 90% of the heroes were designed by KS backers." - Brian Garber